The Molitor handsets VIA and USO can be customised to switch languages via two different options that behave differently.

This option has a built in momentary switch in the back of the handset. It is wired into your media player just as you would any other button. The media player should then be programmed to switch between two separate files in different languages when a user presses the button.

A handset with a push button does not have to be used for languages. It could also be used to start an ordinary track, or cycle between files depending on how it has been programmed. This could be useful when there is no place to mount a regular button in the furniture.

Important Note: As with any other button, each time it is pressed it will start the new file from the beginning.

Wiring your Handset with Push Button 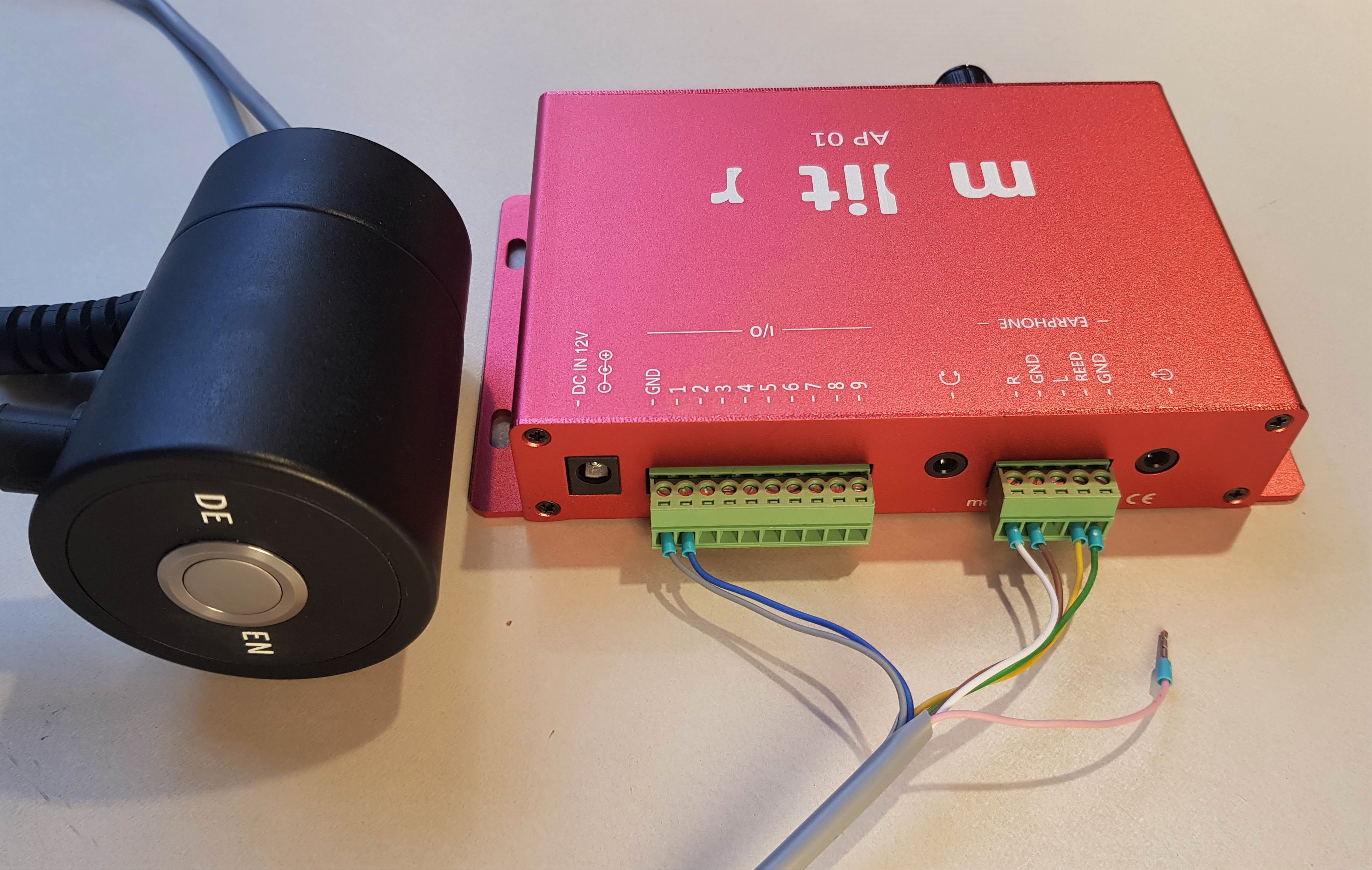 This option has a toggle switch built into the back of the handset. It is wired to switch between the left and right audio channels of your media player. For this to function correctly, the audio must be encoded so that one language is in each channel of the stereo audio.

One benefit of the toggle switch is that if you are using two handsets with one player, then two visitors can listen to different languages at the same time.

Important Note:  When switching between languages via the toggle switch, the audio file will not restart.

Wiring your Handset with a Toggle Switch

If you find that your languages are the wrong way around, you can simply switch the Grey and White wires into the opposite audio channels. 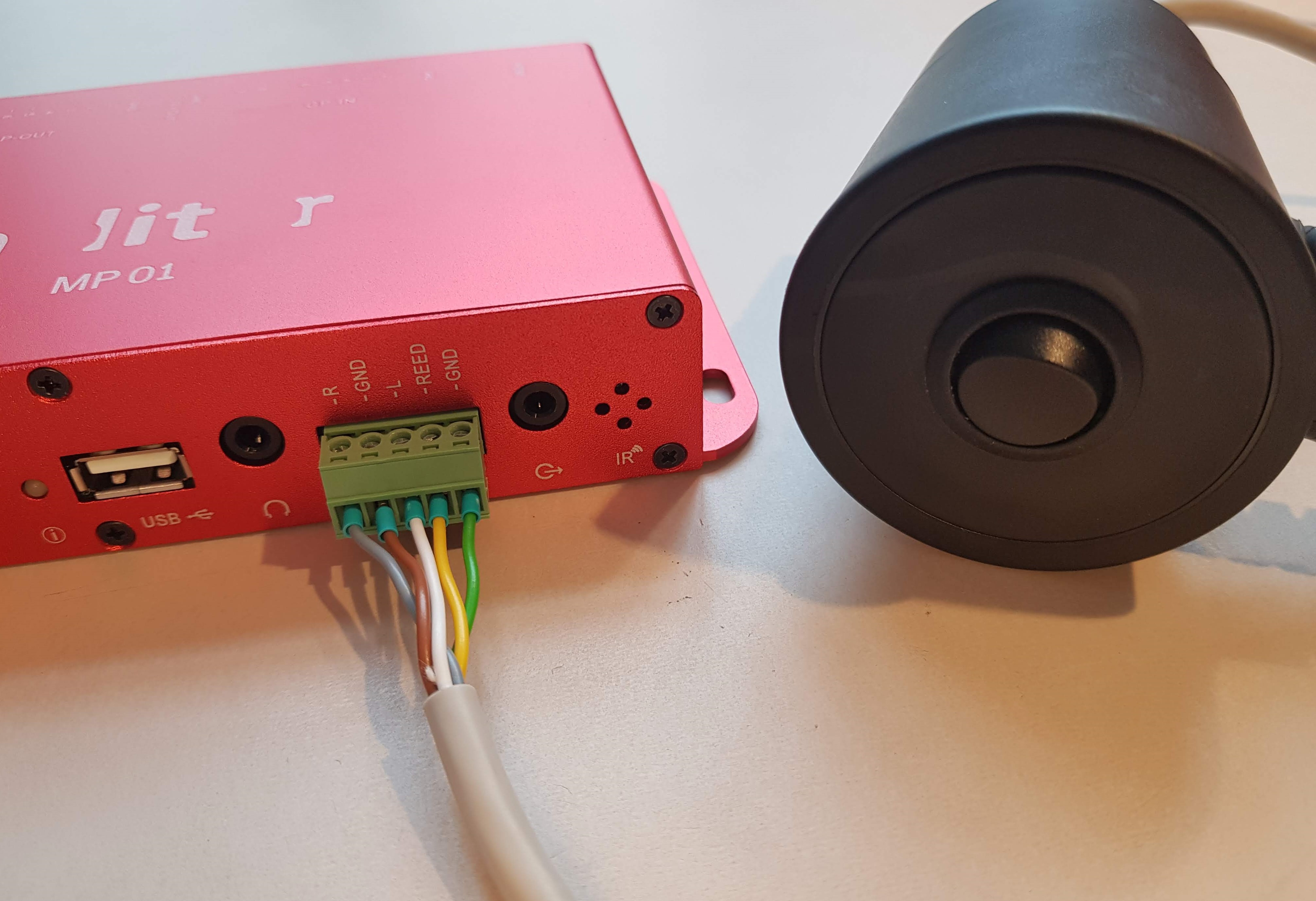